skip to main | skip to sidebar

What this site is about

Grandpa Spaceship
Madison, Wisconsin, United States
This is an online net-label, that means I release your stuff onto the lifeless mass known as the internet so that those who might enjoy it will find you and download your stuff. If you submit your tracks to me, that means you don't get any $$$ for your tracks, that what a net-label is, free music for download!!! I will accept any releases, I don't care if they've already been released through someone else or anything like that AS LONG AS IT'S NOT EMO! I HATE THAT STUFF, IF YOU WANT YOUR EMO CRAP RELEASED THROUGH ME, I WILL IGNORE YOU! Anything else I'll release, but I'll focus mostly on the experimental (noise, ambience, minimalistic, industrial, etc.) and the brutal (metal of all sorts) Contact me if you are interested in releasing anything. My email is mdr_10564@yahoo.com or check out my myspace: http://www.myspace.com/grandpaspaceship

FluiD was formed in Chicago, Il. in 2007. It is the solo project of Christophe G. aka The Post-Human Cyborg: subduxtion. Equal parts myth, afrofuturist, anarchist, composer, cultural-activist, deviant, multi-instrumentalist, sound-scientist and vegan. He is originally from Los Angeles (Leimert Park), Ca., now living and working in Chicago, Illinois. Formerly the keyboardist/bassist for Impulse, D.O.D., Wardrobe Cathedral, Immaculate Corrosion and Drug Of Choice. He also contributed synths and programming to Los Angeles based industrial/goth rock group Die My Darling. Appearing on their debut CD 'Virulent' (Trisol 2002).. He first discovered music through the clarinet, playing the instrument from the age of six years old. He began studying the piano at age ten, studying both classical and jazz musics and later learned the tenor sax, flute and oboe. He also spent two years studying orchestration in college. He thinks of himself as an "abstract sound sculptor". Sound sculpting is more about creating a mood. It's about creating music that provokes the imagination. He released my first record with Impulse, a four-song EP of electro-funk. 2000 saw the release of the industrial/acid-house/rap collision titled 'Warhol Machine'12" followed that same year by 'The Dream Is the Drug' 12" featuring Tequila Mockingbird. Since that time he has continued to release a large amount of music both as a solo artist (Re: dux tion, subduxtion and FluiD) and collaborator (with Black Saturn, Selbst-Morder, Finger Painted Death and John 3:16) on various independent labels around the world. Encompassing a multitude of styles and influences - techno, jazz, noise, classical avant-garde, hip-hop, psychedelia, metal, dub, early industrial and ambient. As a remixer he has manipulated and re-constructed songs for Ganymede, Fr/action, Heat From A Deadstar, Blood Into Water, One Dead Fuck, Worms of the Earth and DisinVectant. 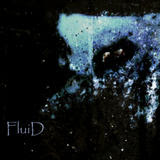 CLICK HERE TO DOWNLOAD THE "ENVISIONING ABSTRACTION: THE SIMULTANEITY OF FLUID" EP BY FLUID
Posted by Grandpa Spaceship at 2:56 PM